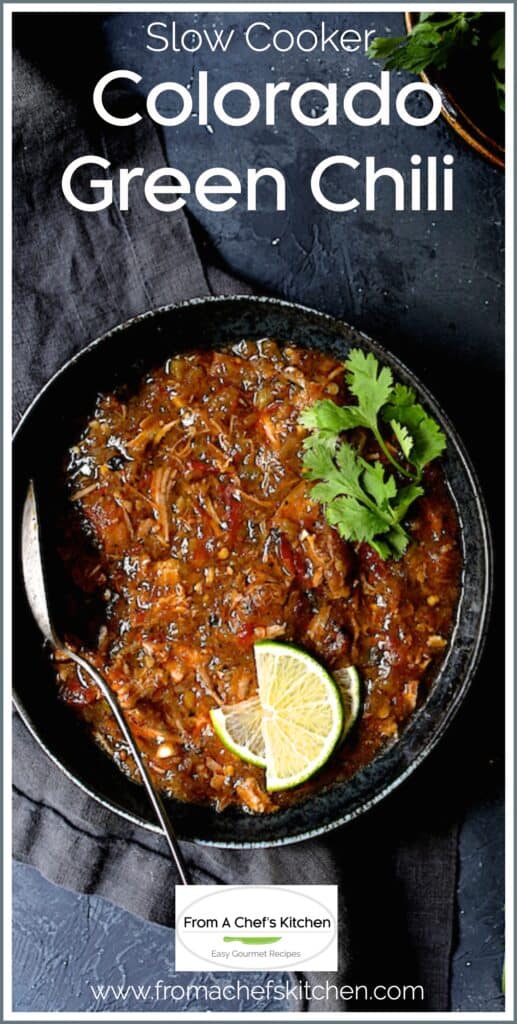 Slow Cooker Colorado Green Chili is a Southwestern favorite.  Low and slow cooking is the perfect way to bring out the intense flavor! 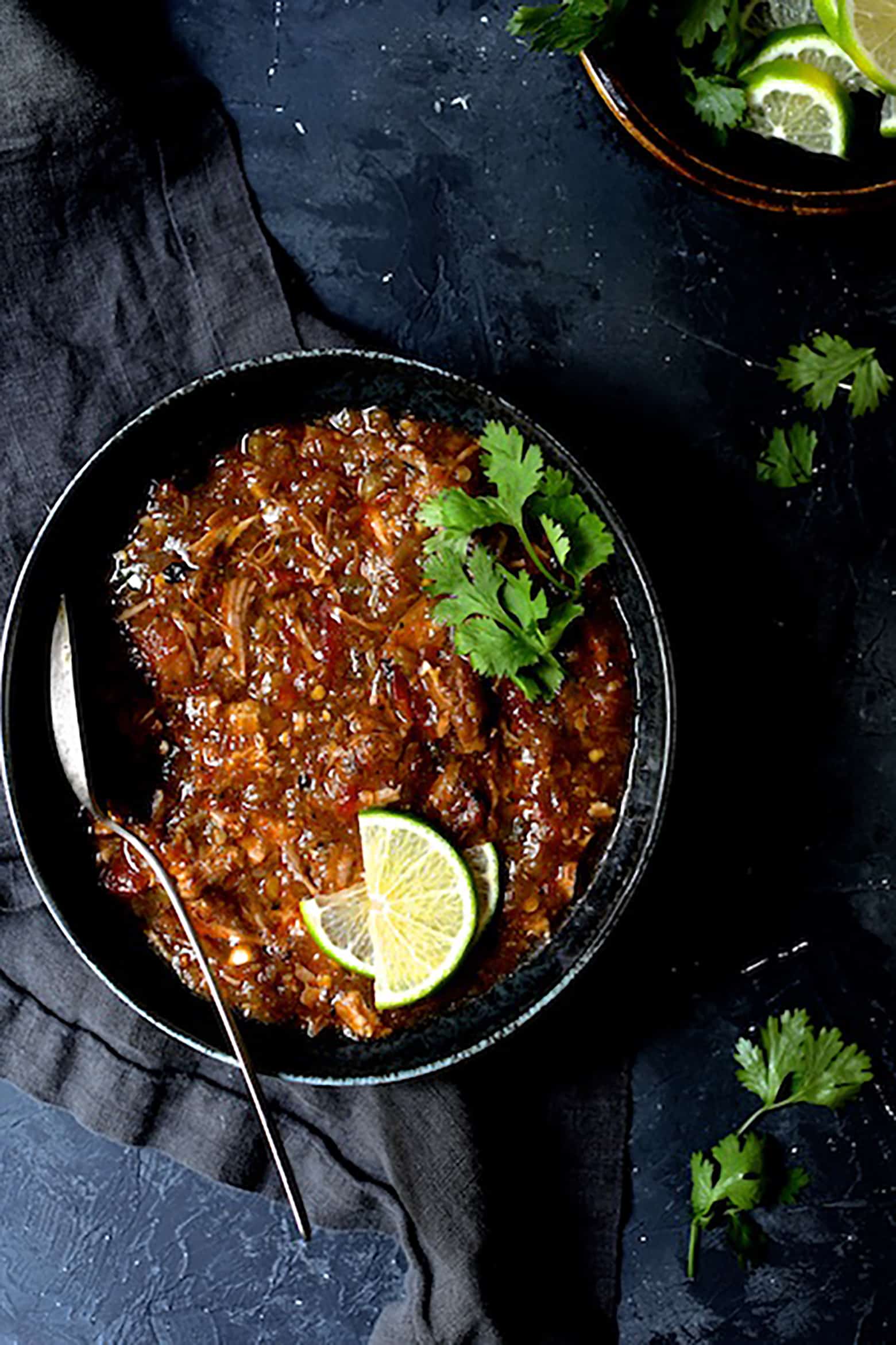 The inspiration behind this recipe:

Colorado green chili is an obsession of mine.  And yes, it can turn out red or brown because of the roasted chiles!  Roasting the chiles will intensify their color and make them “brown” or even black in places.  Canned diced tomatoes are added which also gives the chili a reddish color.

Just under two months ago, my husband and I made a trip to Colorado to visit family and friends.  While in Colorado, I ordered the dish in several restaurants so I could get a better understanding of this classic regional dish.  Each time, I wasn’t sure it was correct because the dish wasn’t “green.”  Rather, it was reddish-brown.

Not long before we left, I was in my car listening to The Splendid Table on NPR.  Frances Lamm and Christie Morrison from America’s Test Kitchen were discussing Colorado Chili.

I’ve been a fan of The Splendid Table for many years.  The Splendid Table has taught me so much about cooking over the years!  I was so involved in their discussion of how to make the perfect Colorado Green Chili, I hardly remember driving that stretch of road!  Bad.  I know.

When we returned, I simply HAD to make Colorado Green Chili! 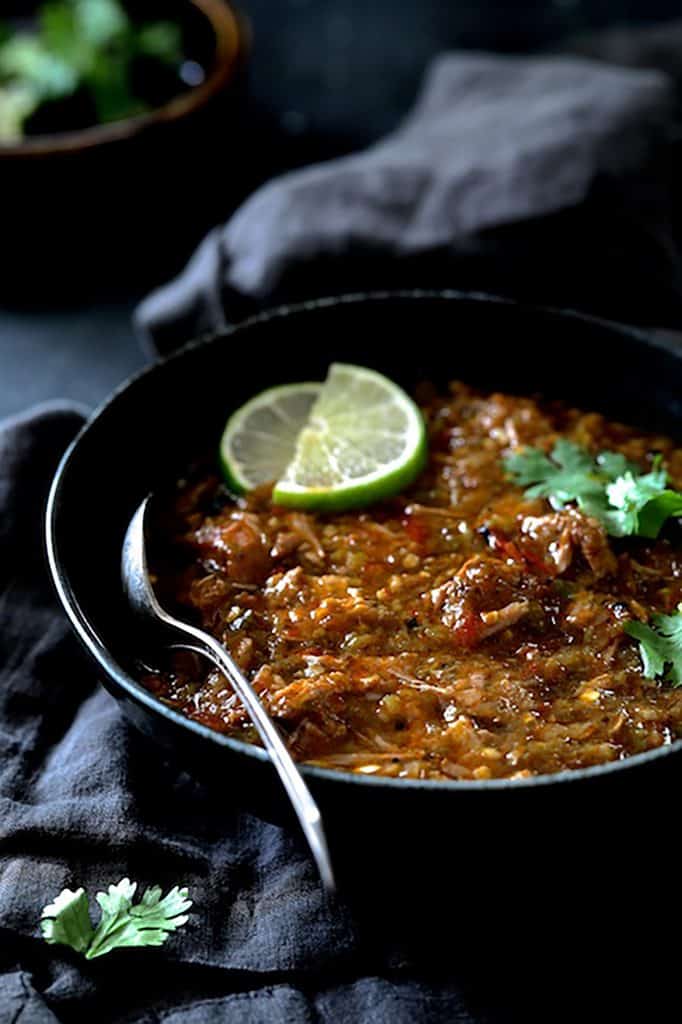 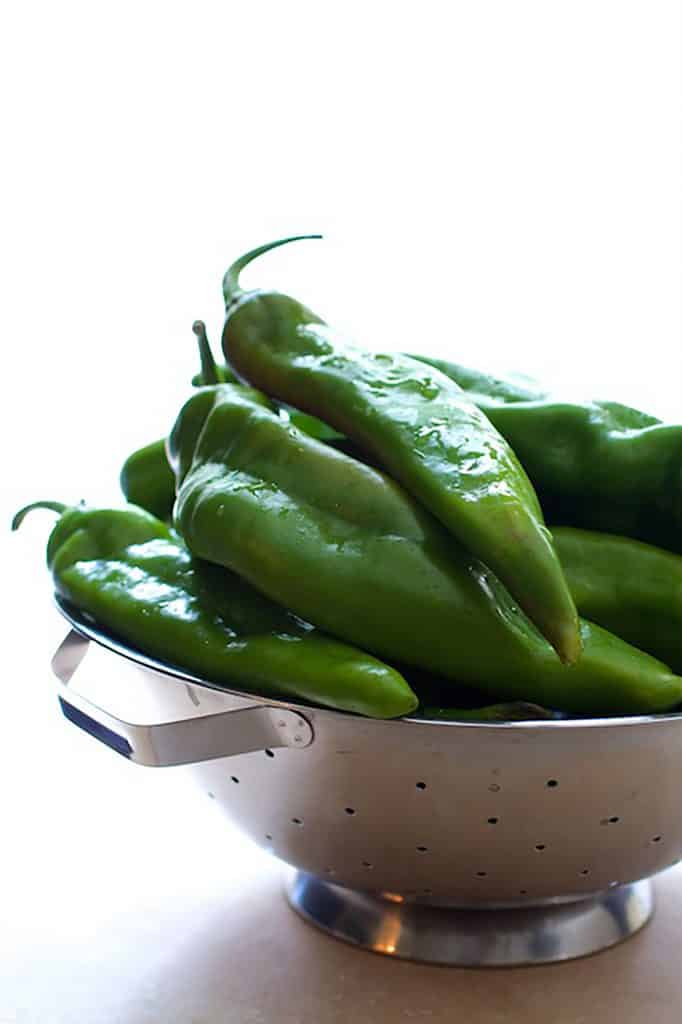 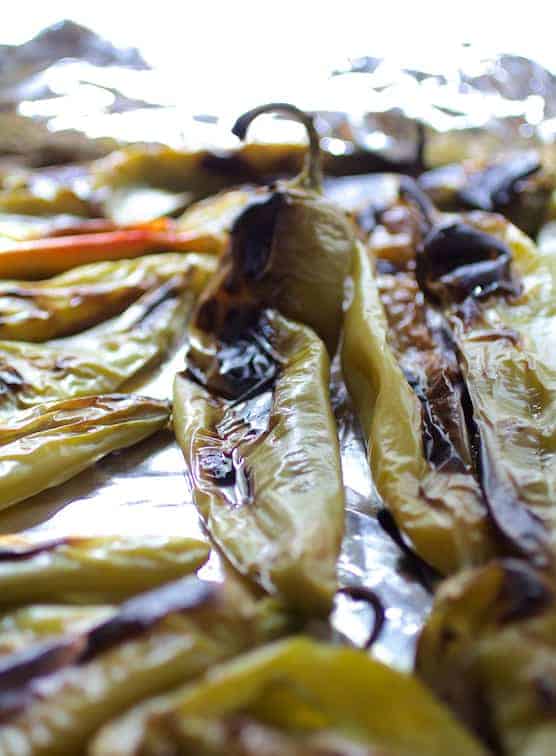 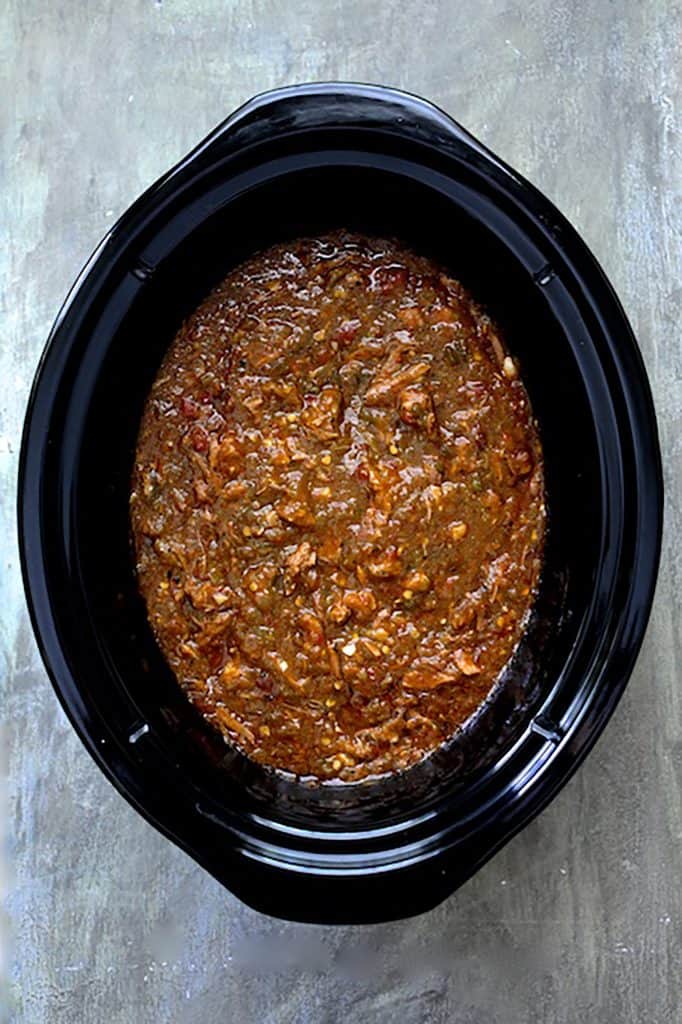 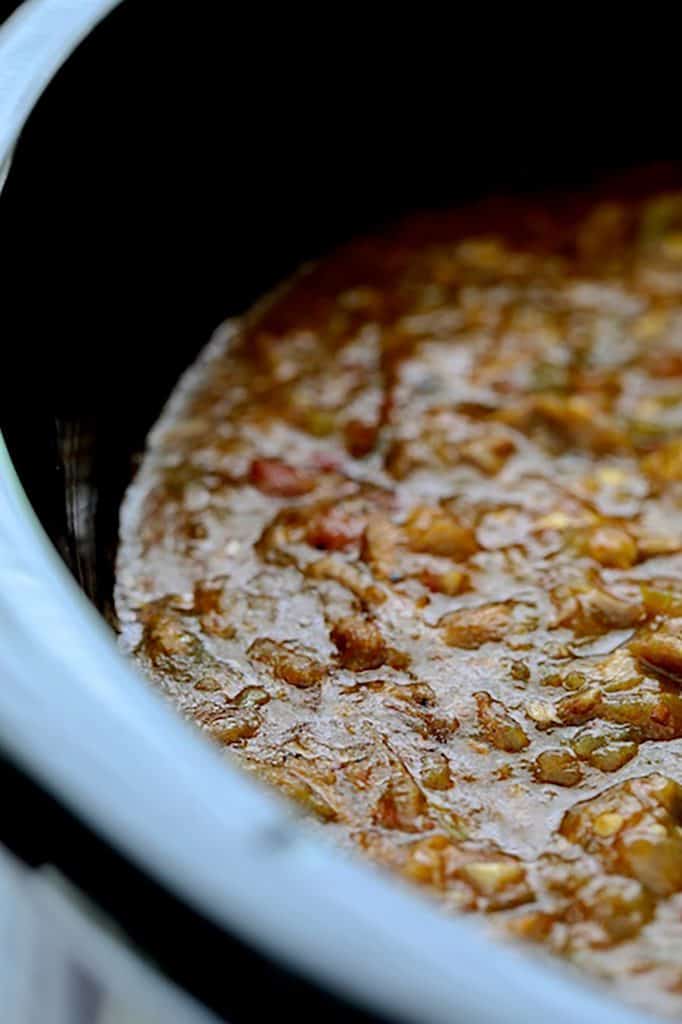 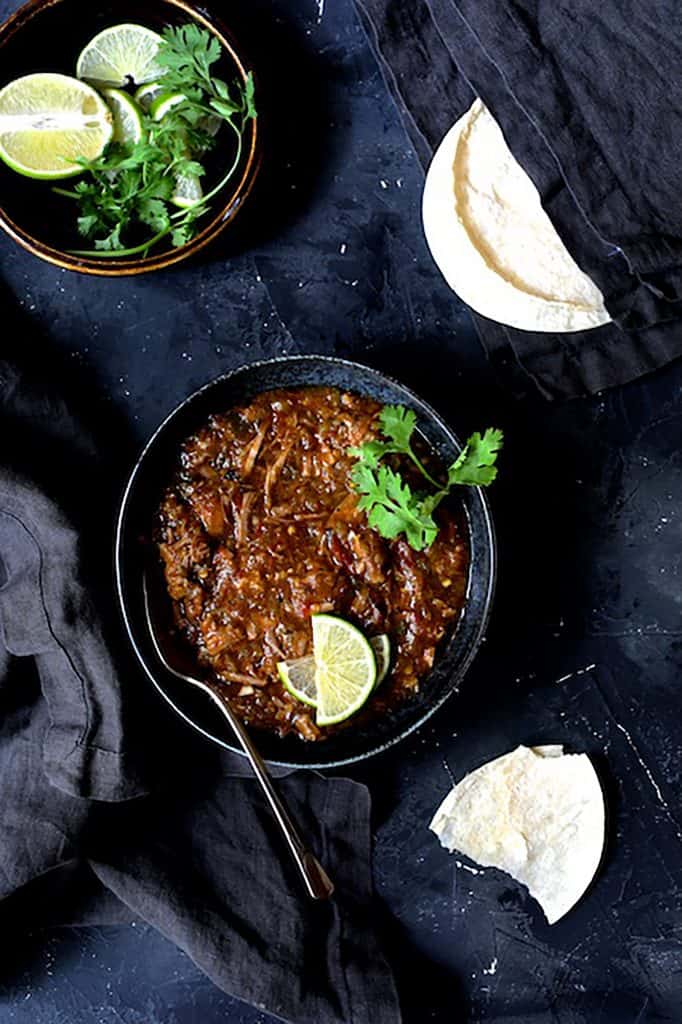 You can do so many things with this Slow Cooker Colorado Green Chili besides eating it out of the bowl with lime wedges and tortillas!

For more great slow cooker soups and stews, be sure to try: