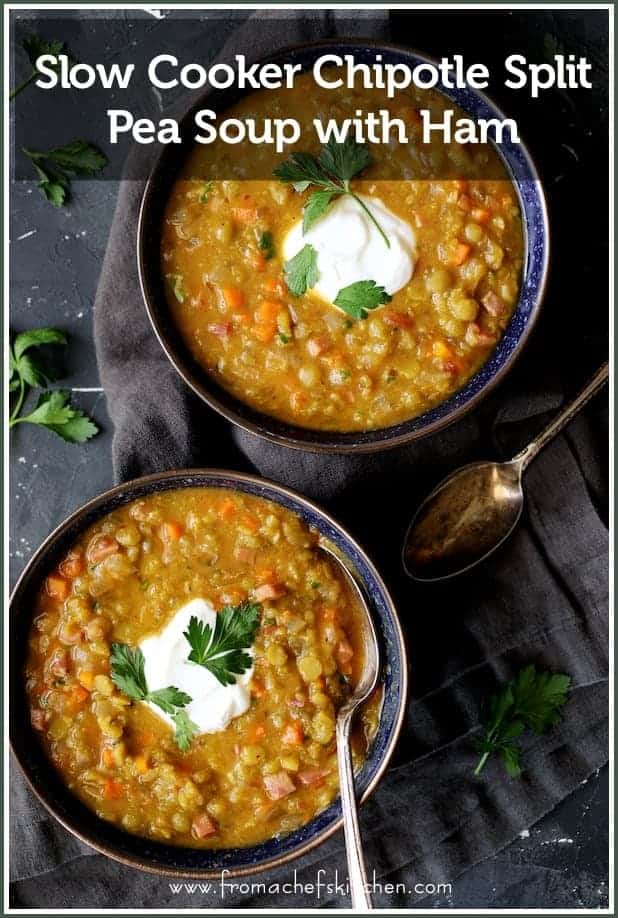 Slow Cooker Split Pea Soup with Ham and Chipotles is the easiest soup ever!  Perfect for when you need something hearty but want something spicy and healthy, too! 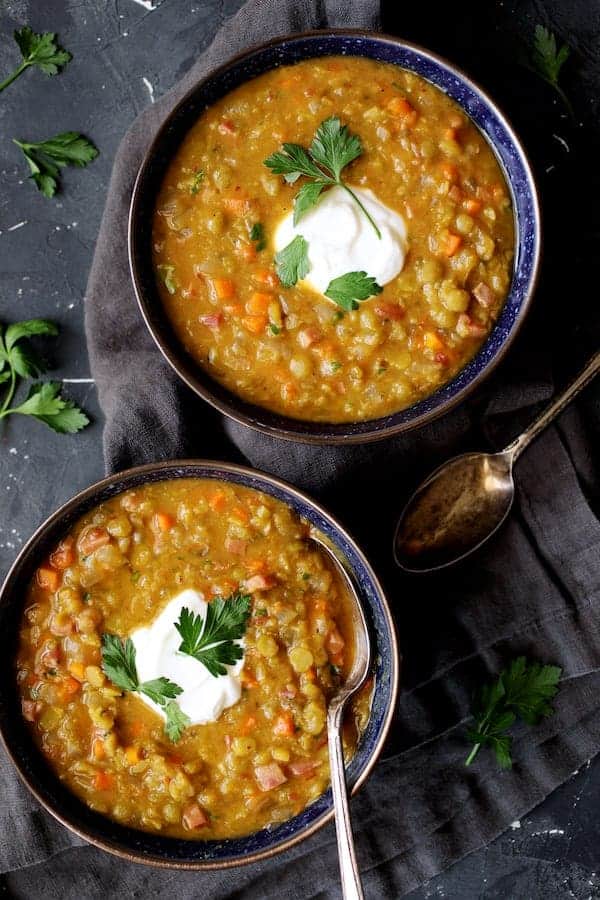 Am I the only one who craves split pea soup?  I told a few people I was craving split pea soup lately and they looked at me like I was crazy.  It was one of my favorite things my mother used to make and I’ve been itching to get my slow cooker out.

I think of my mom a lot this time of year because my parent’s wedding anniversary just went by and it’s also the time of year she became ill, suffered terribly for two months and then passed away.

So, no doubt the craving had some nostalgia and remembrance behind it.

Split pea soup made the traditional way uses a hambone to add flavor.  Except, hambones are hard to come by unless you’ve recently consumed a ham.

Instead, I used packaged diced ham and got the “smoke factor” with chipotle peppers in adobo sauce.  Now, this is some split pea soup and my husband may even eat it!

How to make Slow Cooker Split Pea Soup with Ham and Chipotles: 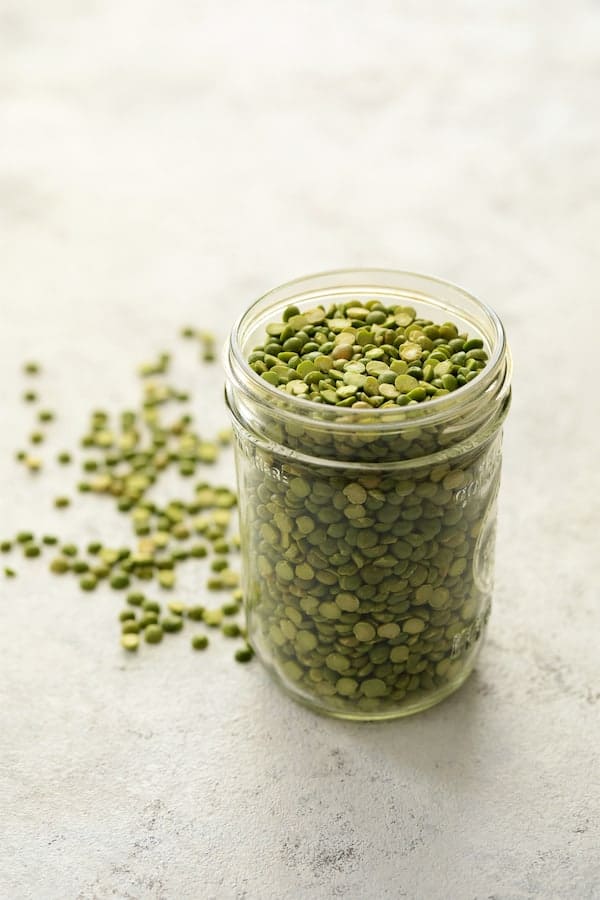 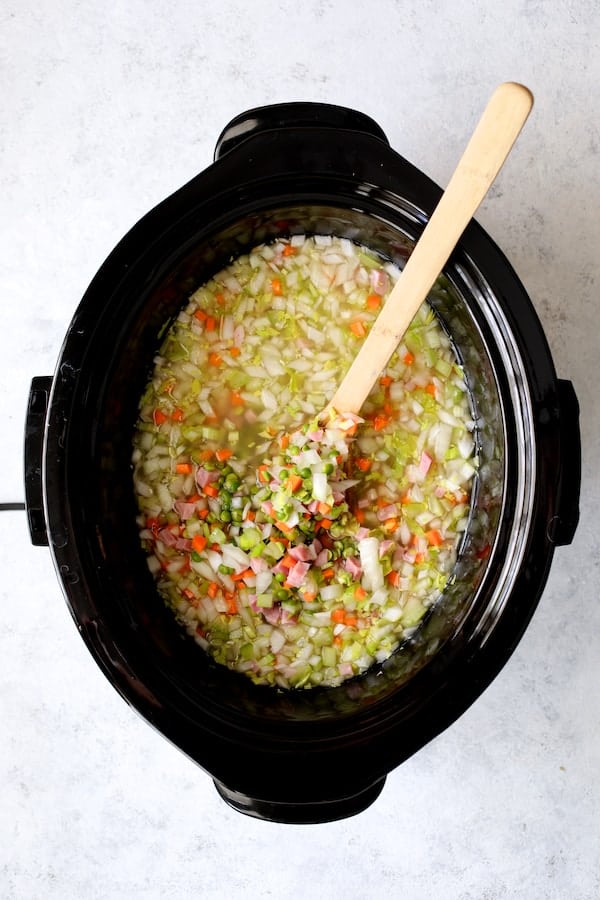 That’s it!  Delicious, spicy and smoky Slow Cooker Split Pea Soup with Ham and Chipotles!  When your friends or family taste this soup, they may not look at you strangely anymore because they’ll end up craving split pea soup, too!  THIS split pea soup! 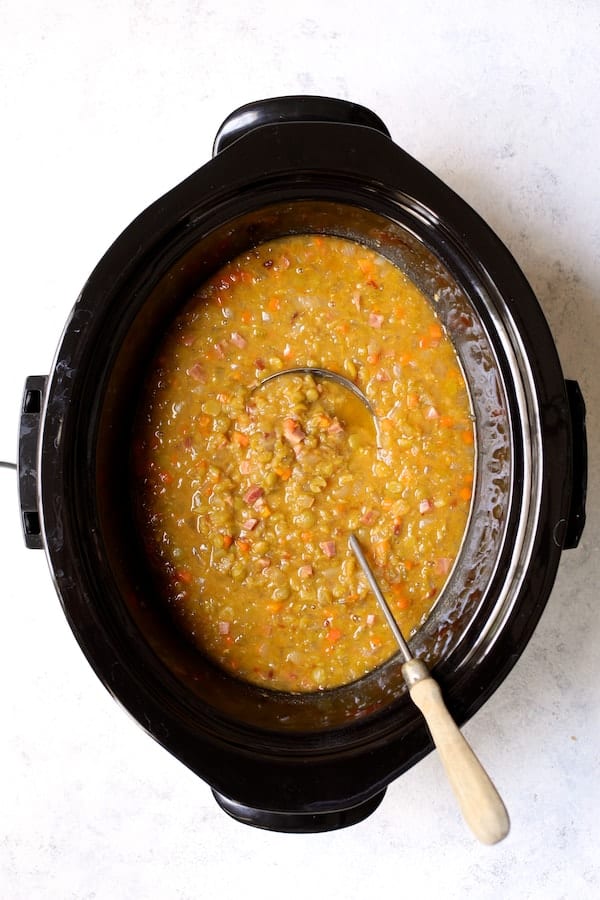 Add a dollop of plain yogurt or sour cream and garnish with a few parsley sprigs if desired. 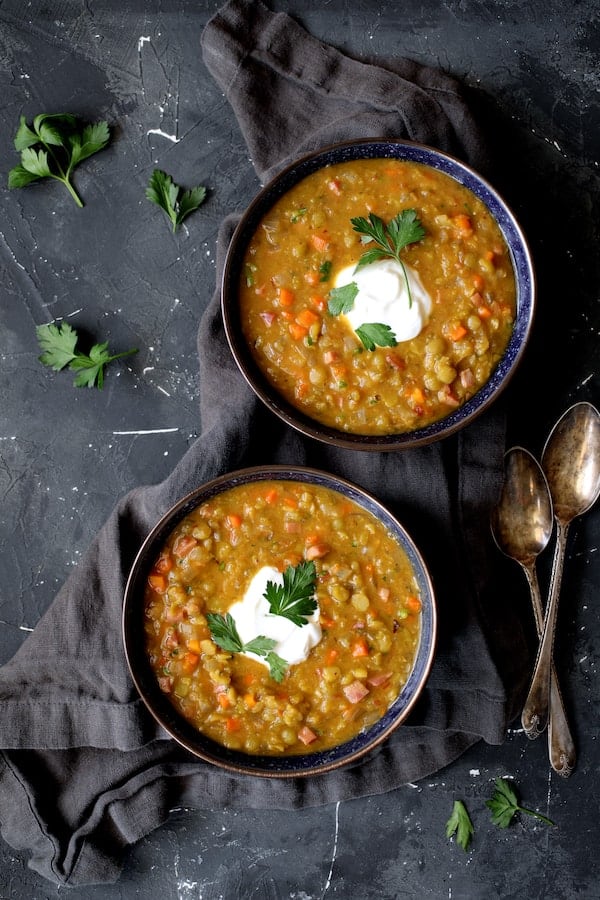 Now dig in!  If you just can’t do split green peas, try lentils instead! 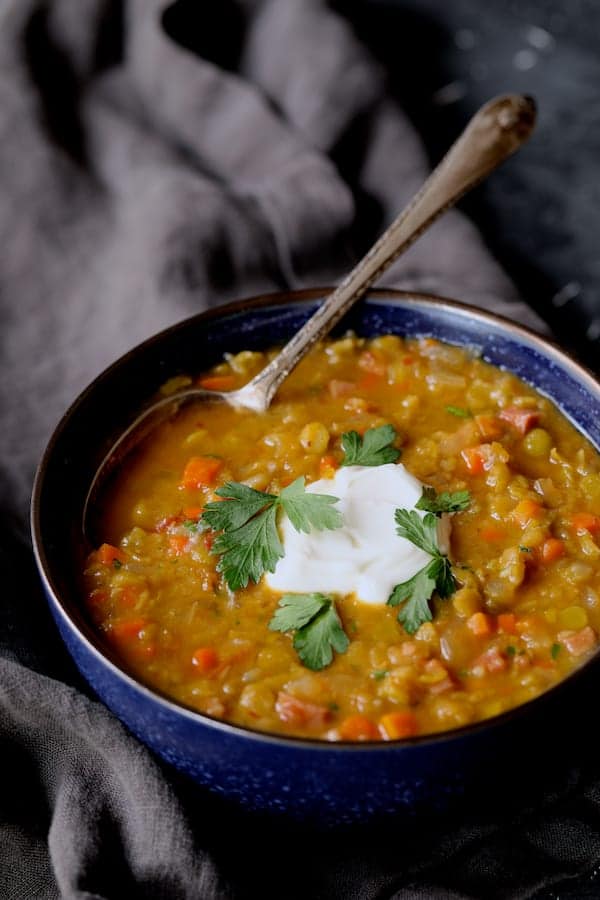 Be sure to try some of my other hearty, healthy bean, pea and lentil soups: