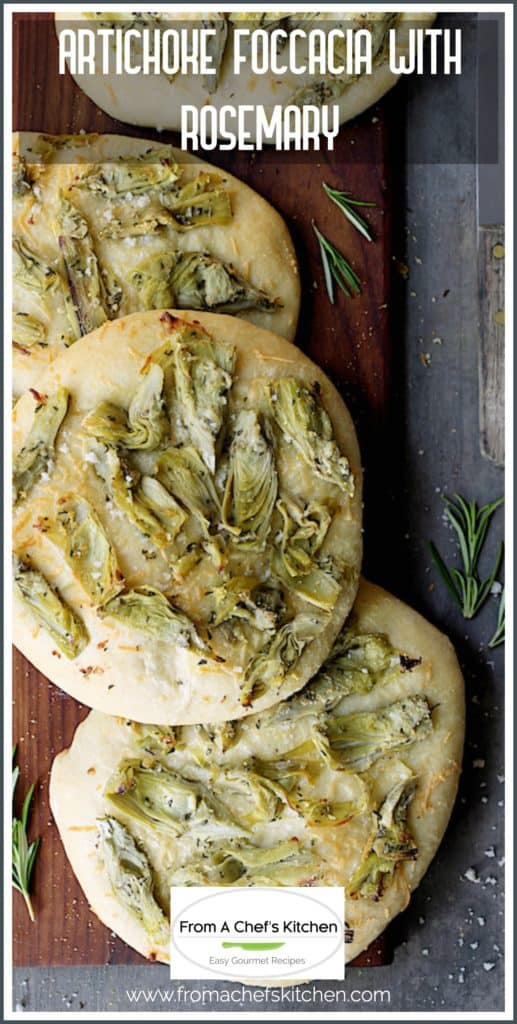 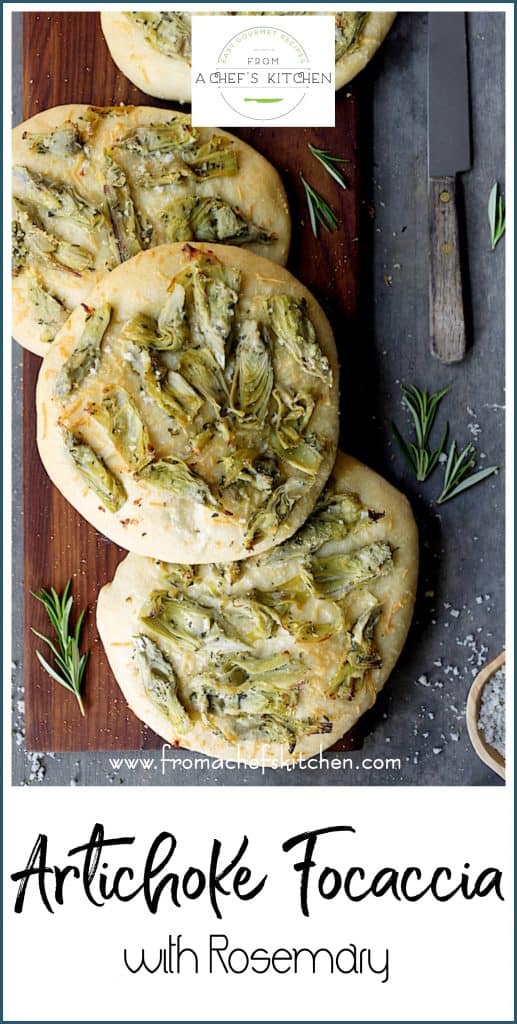 Artichoke Focaccia with Rosemary is easy to make and will rival any focaccia from an Italian bakery! 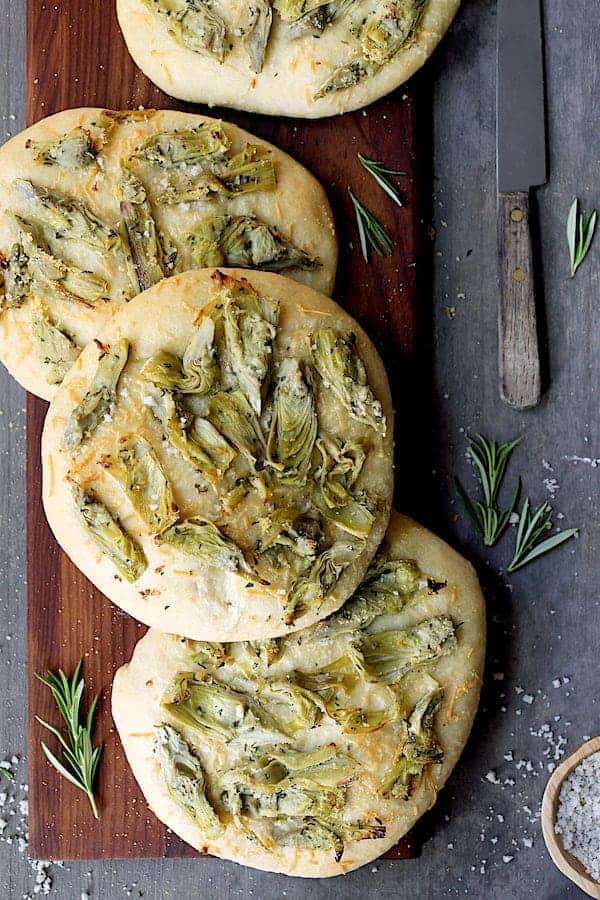 Yes, it’s still spring!  I know with Memorial Day, we had the “unofficial” start of summer, but summer really doesn’t start until almost mid-to-late June.  We’ve got a few more weeks to go, so let’s continue to celebrate spring!  After all, it snowed in some part of the country just last week!

Actually, this Artichoke Focaccia with Rosemary is great anytime!

Truth be told, I’m not a big bread baker.  However, focaccia is one of my favorite things to make!  It’s similar to a nice, “poofy” pizza crust and I LOVE to make pizza crust!

How to make Artichoke Focaccia with Rosemary: 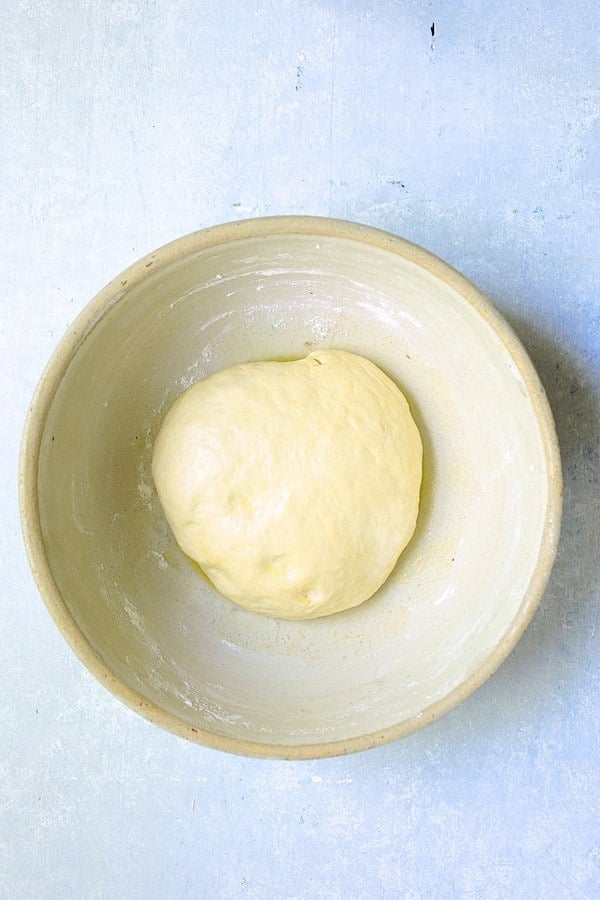 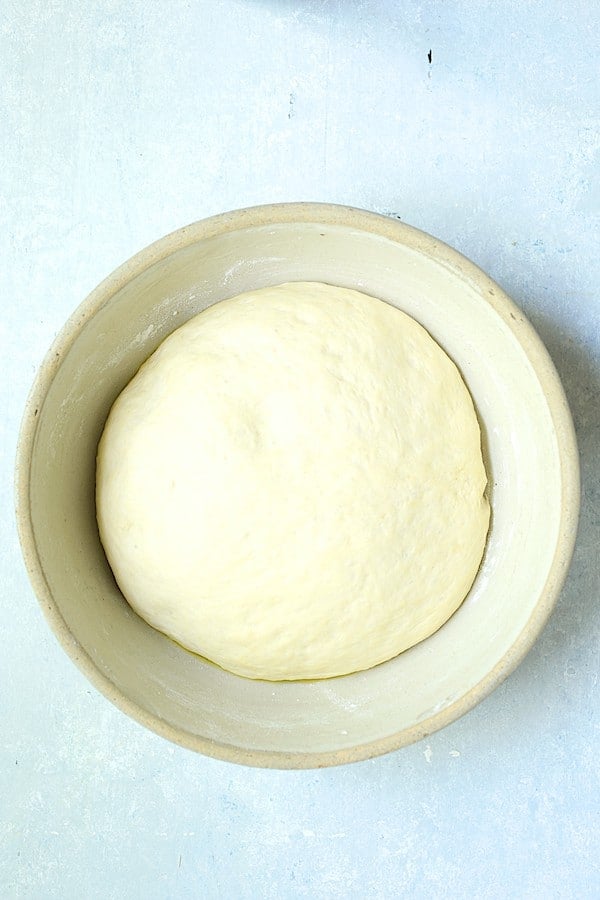 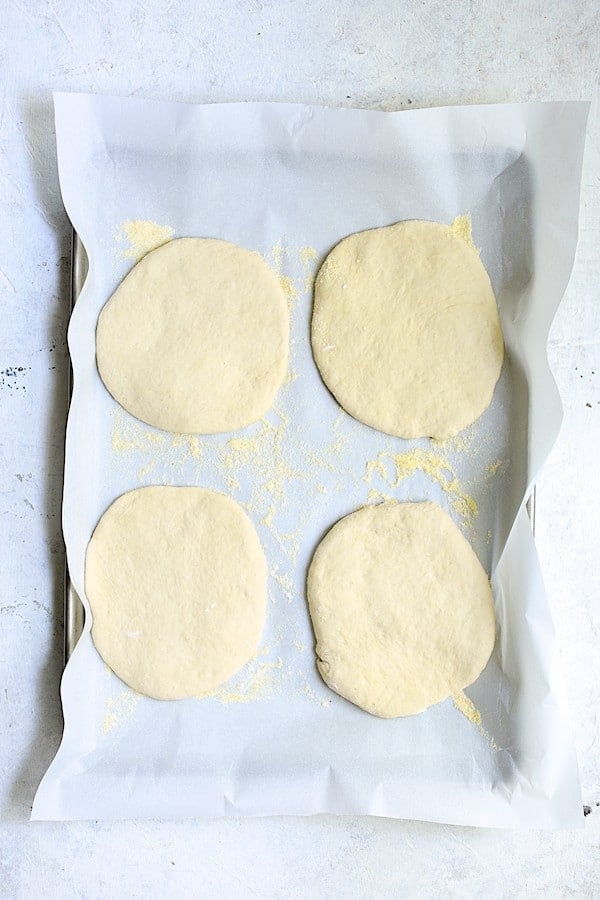 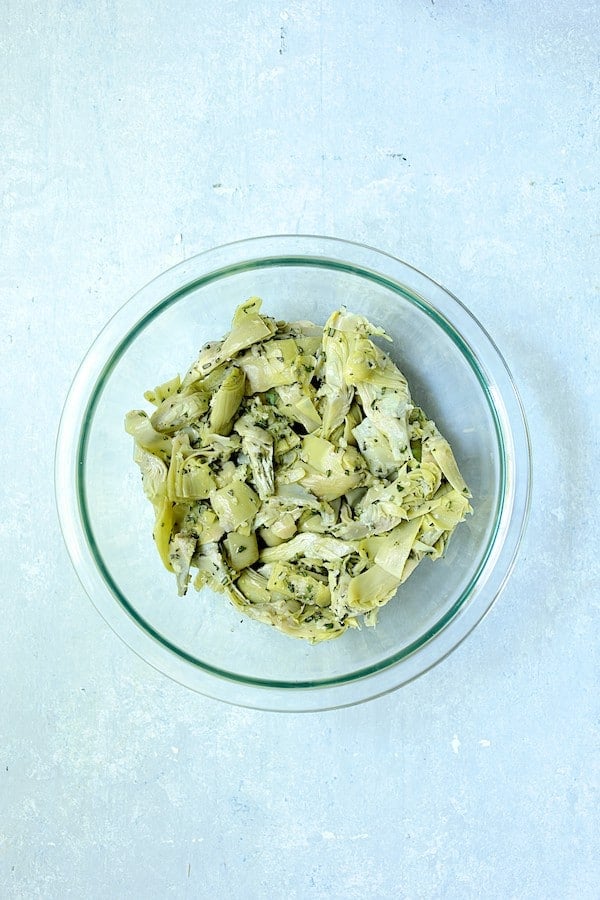 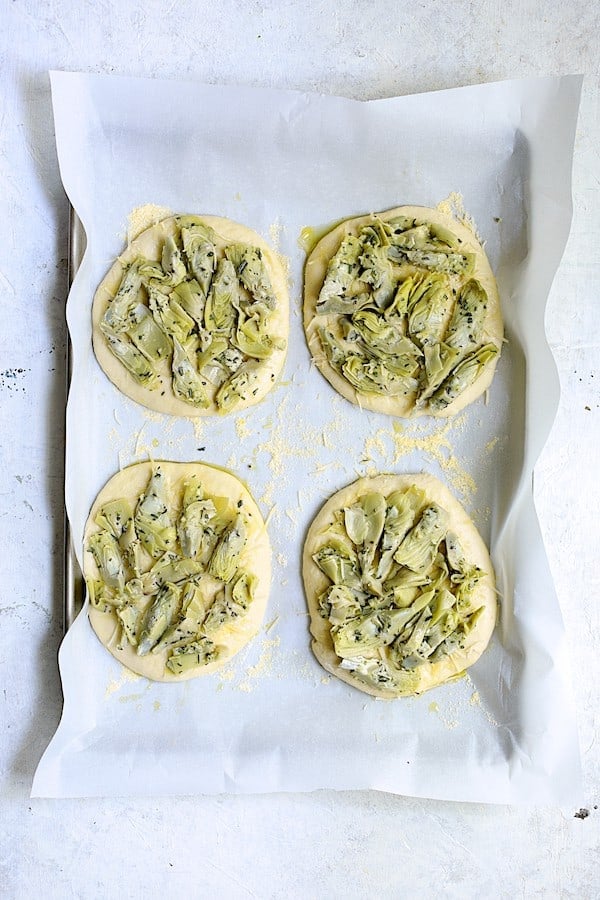 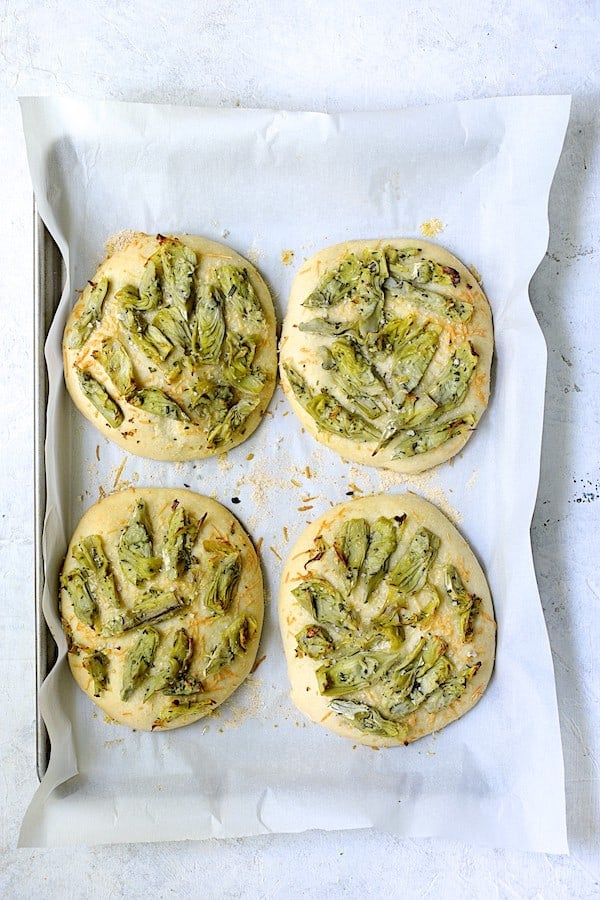 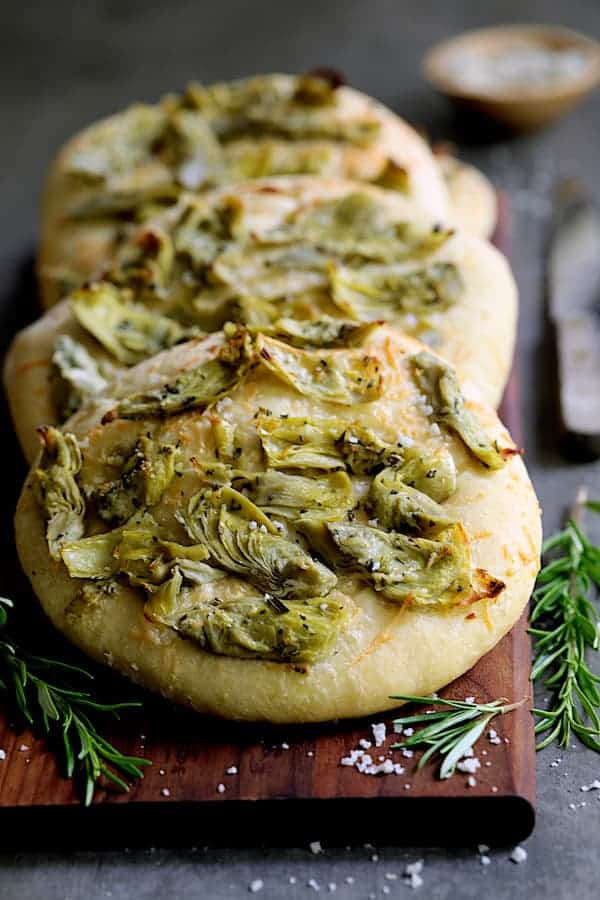 And with that, let’s get this progressive dinner party rolling! 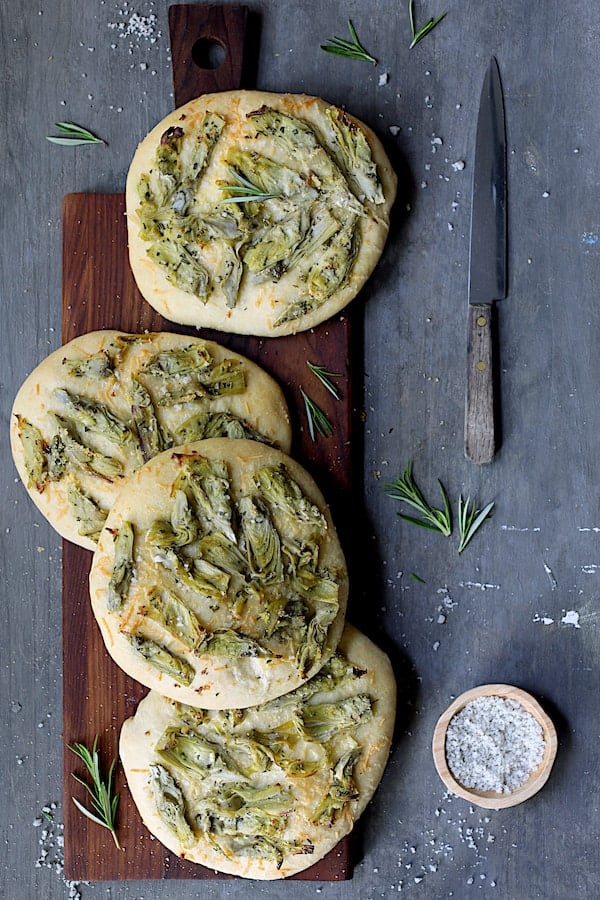 For more great recipes that feature artichokes, be sure to try my:

TO KNEAD USING A MIXER: Combine flour, water, yeast, olive oil and salt in a mixing bowl. Mix on low speed, adding small amounts of flour as needed until dough comes together. Form into a ball with your hands.