Jump to Recipe
5 from 5 votes
45 minutes 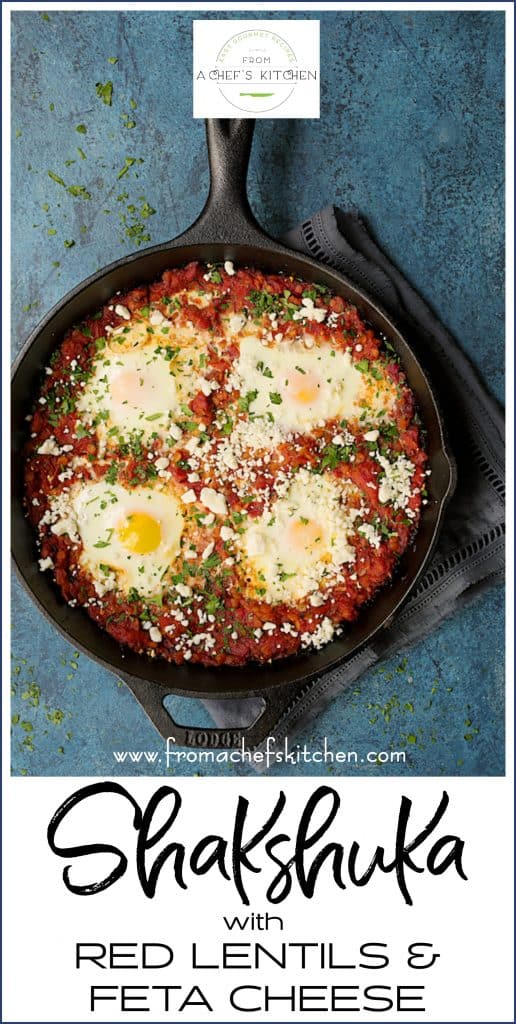 Shakshuka with Red Lentils and Feta Cheese is a heartier twist on traditional shakshuka.  Red lentils are smaller than conventional brown or green lentils so they cook faster for a skillet meal that’s perfect anytime! 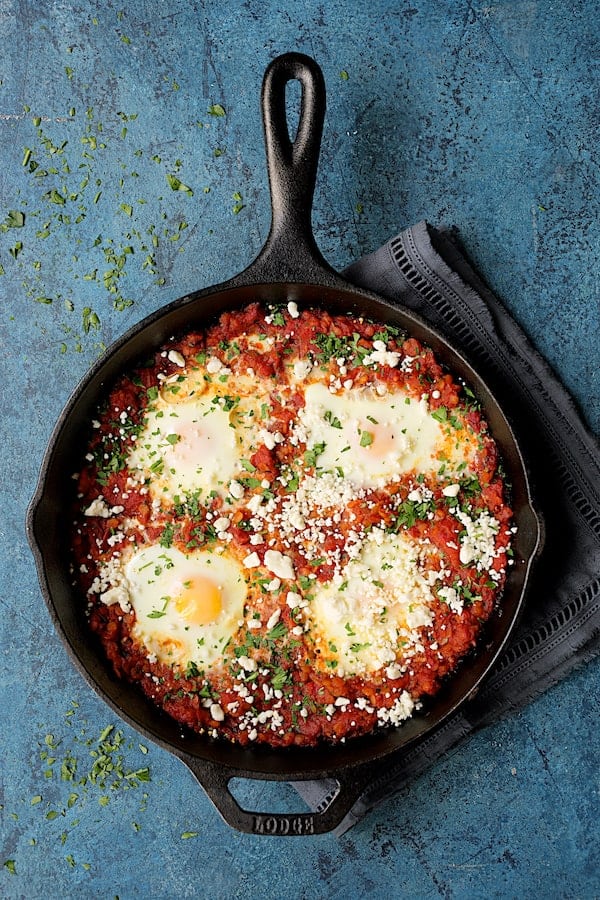 Every so often, a traditional dish a culture or numerous cultures have been making for forever catches on worldwide.  Shakshuka is one of those dishes.  Seems shakshuka recipes are everywhere!

Shakshuka (also spelled shakshouka) is a dish of eggs poached in a spicy tomato sauce.  The exact origin is unknown, but it’s from the Mediterranean and Middle Eastern region which encompasses many countries.  Italians call their version, Eggs in Purgatory.

Although it has many variations, the typical shakshuka always has tomatoes, some form of chili pepper, garlic and spices.  Because it’s so saucy, a typical shakshuka is served with lots of warm pita bread on the side.

I’ve wanted to make shakshuka for a while now to find out what the buzz is all about.  And yes, friends, it’s worth the buzz!  Once you make it, you’re hooked!

How to make Shakshuka with Red Lentils and Feta Cheese: 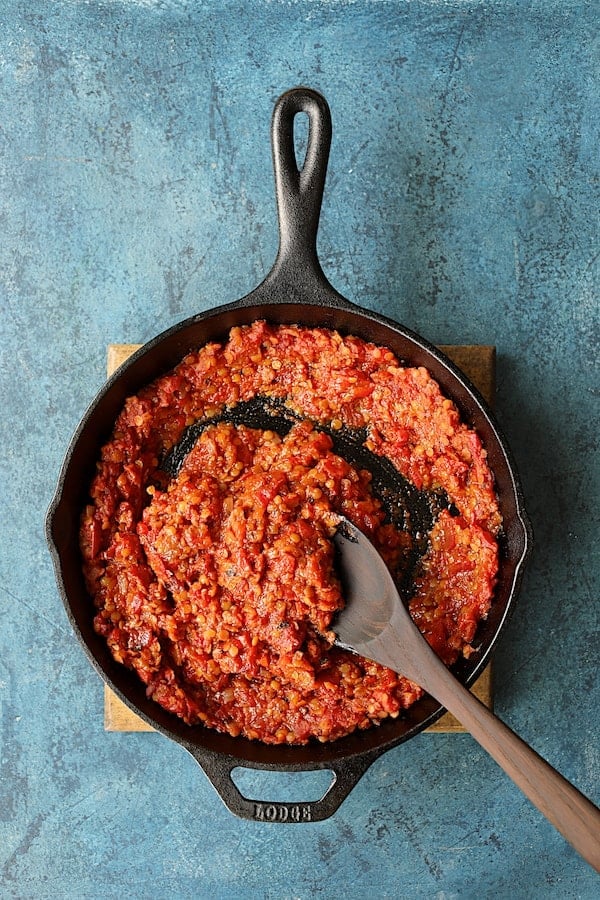 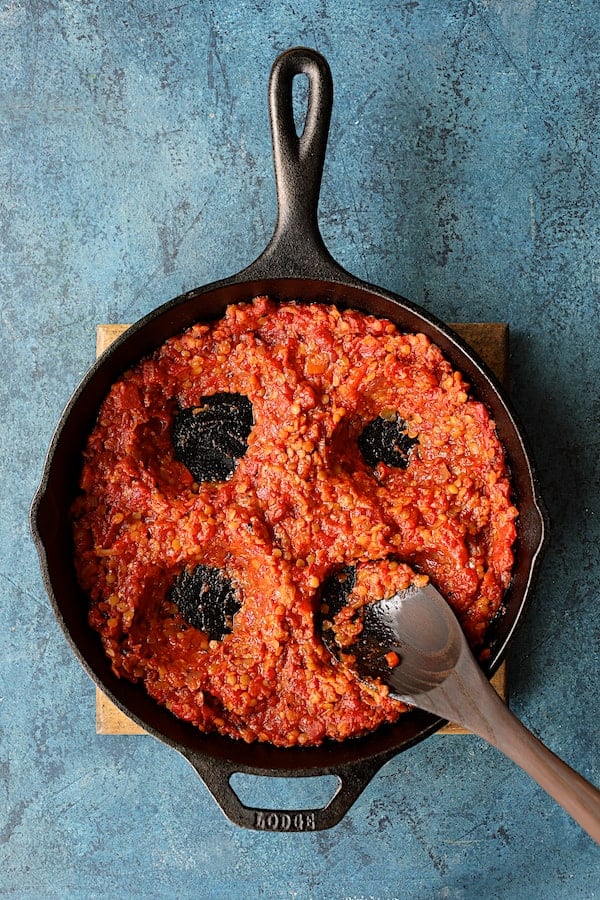 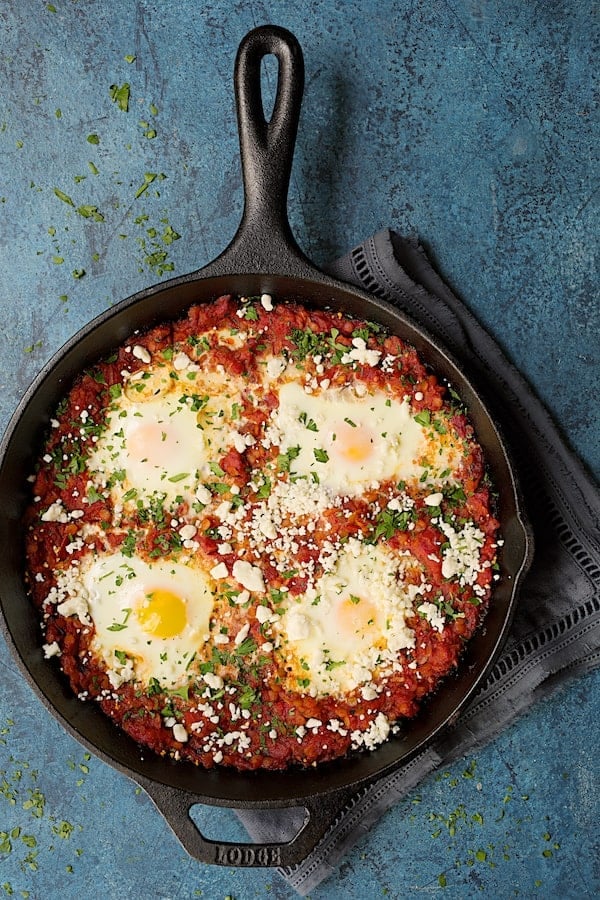 Because the lentils add body to the sauce, you can skip all that pita bread if you’d like and it’s hearty enough for dinner! 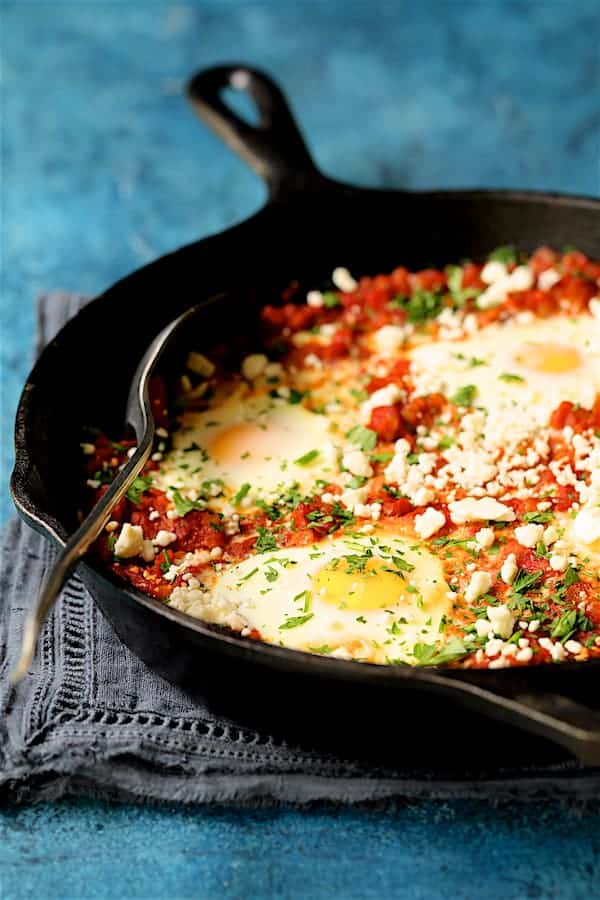 You can vary shakshuka in numerous ways: 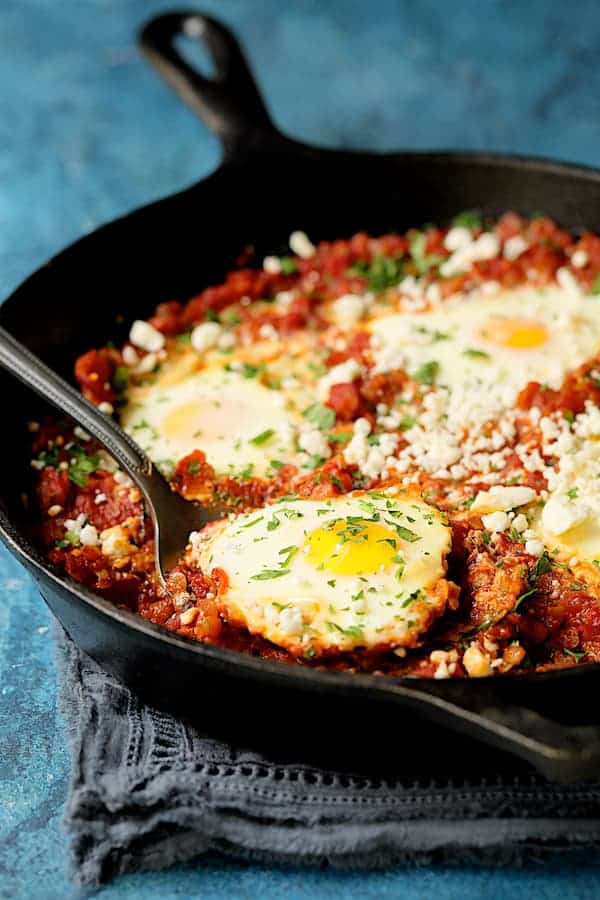 Want more great breakfast and brunch recipes?  Be sure to try my:

TOMATOES ARE AN ACIDIC FOOD. ONLY USE CAST IRON WITH TOMATOES IF YOUR PAN IS WELL-SEASONED.