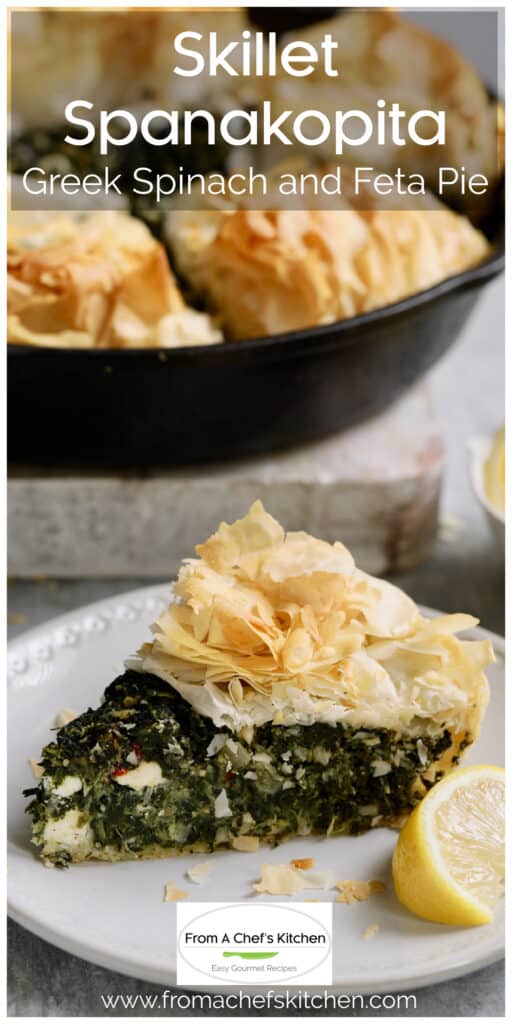 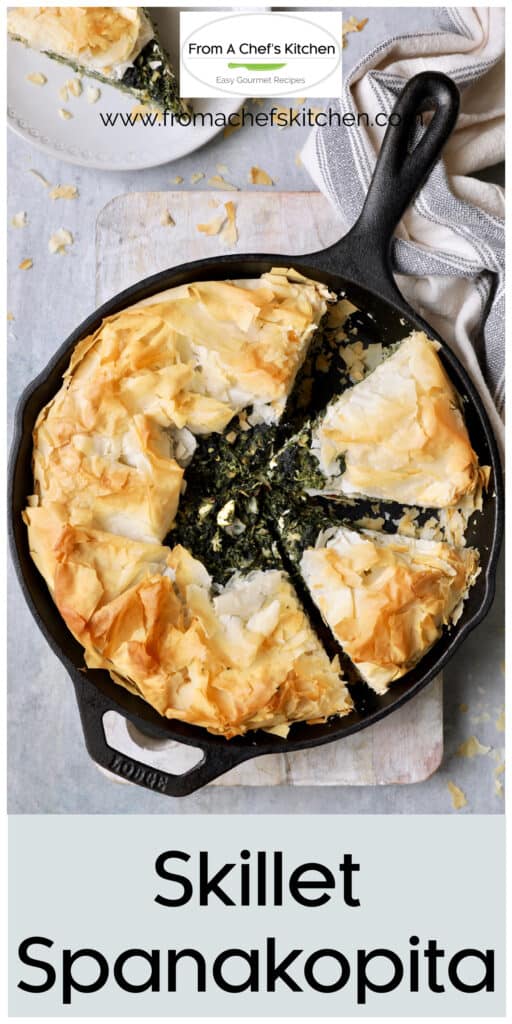 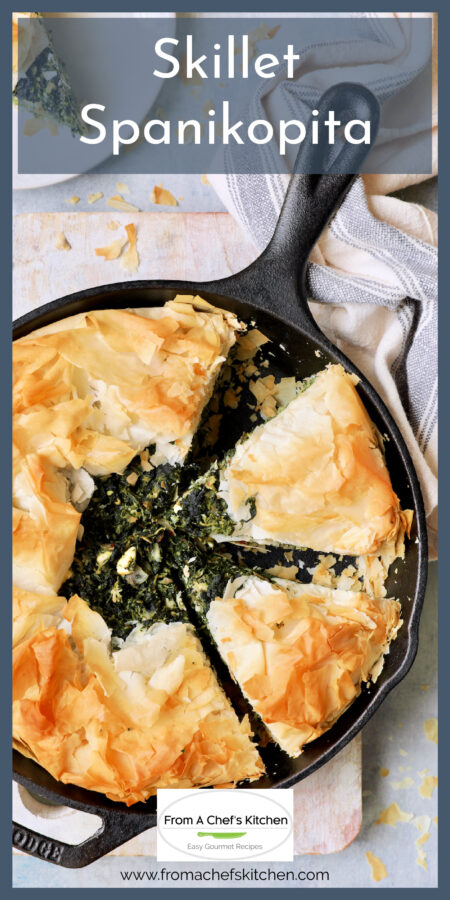 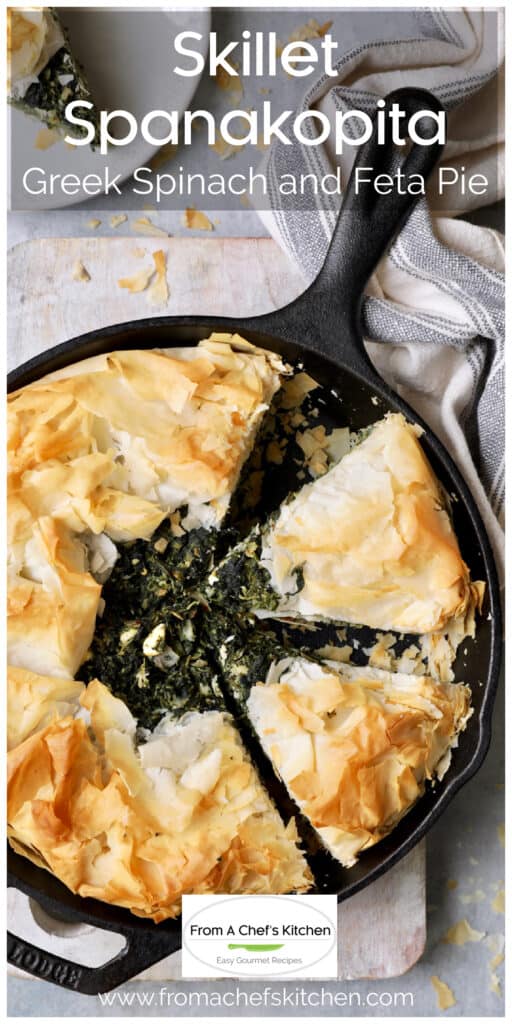 Skillet Spanakopita is an easy way to prepare this Greek vegetarian classic. Also known as Greek Spinach and Feta Pie, layers of flaky, buttery phyllo pastry envelope a savory, seasoned spinach and cheese combination for an impressive dish you'll be proud to serve!

TABLE OF CONTENTS - Find the Info You Need FAST!

Back when I was a vegetarian all those years ago, this was my go-to in Greek restaurants. I've made it several times since then, but found the two levels of phyllo (one on the bottom and one on the top) in the traditional preparation of a spinach and feta pie to be on the "picky" side.

Making this dish in a cast iron skillet cuts the picky phyllo process in half and I think it looks pretty to boot!

Spanakopita (pronounced span-ah-KO-pi-ta) is a savory Greek spinach and cheese pie made with phyllo (also fillo or filo) dough. Feta is the cheese most often used, but other cheeses such as kefalotiri may be used.

The filling also has onions, fresh herbs, other seasonings and eggs bind the entire combination together.

How to Make Skillet Spanakopita (Greek Spinach and Feta Pie):

Here’s everything you’ll need to make a skillet spanikopita recipe along with how to prep. See the recipe card below for the exact quantities.

How healthy is spanakopita?

Overall, spanakopita has a lot of vitamins and minerals because of the spinach and cheese. It's high in vitamin A, vitamin C, iron and calcium.

Can skillet spanikopita be made ahead?

Unless you're using an enamel cast iron skillet, I don't recommend making the spanakopita ahead of time.

What to serve with Spanikopita:

Get all my vegetarian, vegan and meatless recipes at: Vegetarian / Vegan Entrees - From A Chef's Kitchen 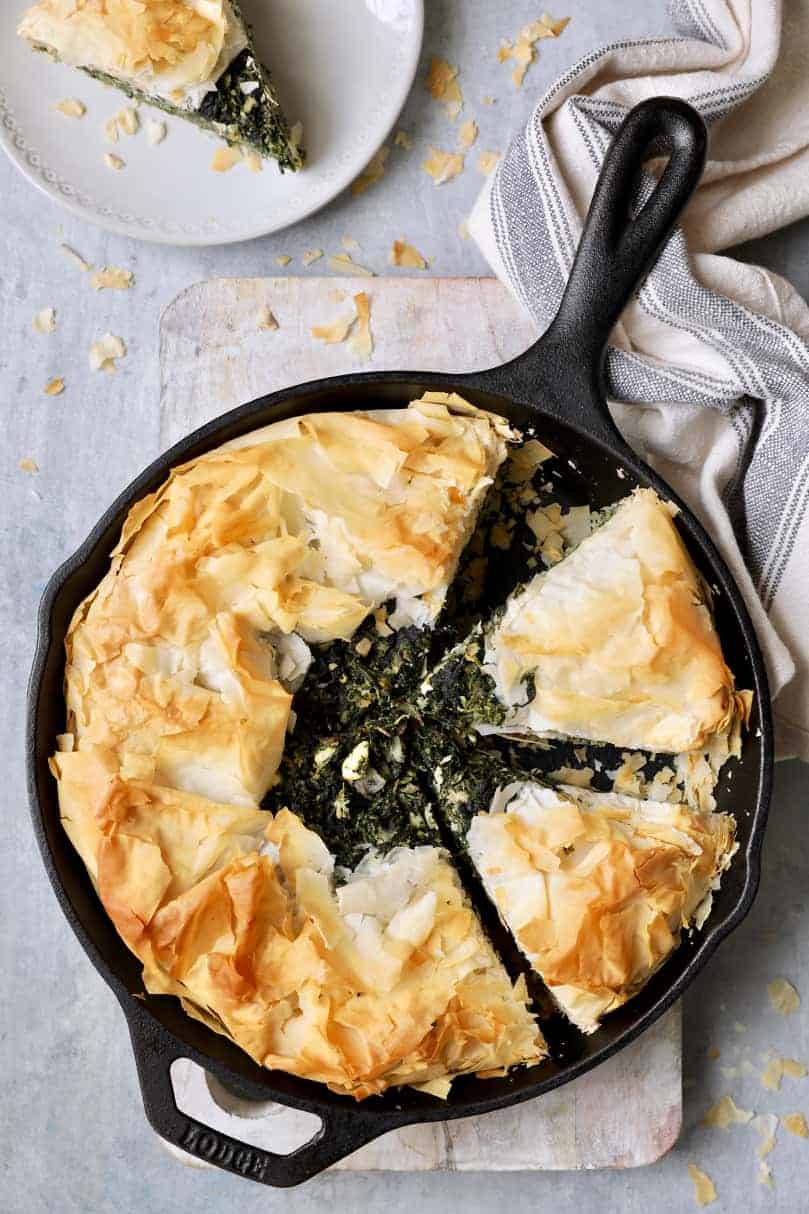