Cheddar and Bacon Twice-Baked Potatoes are pillows of potato perfection you and your next steak will enjoy cozying up to!  Follow my tips for perfect twice-baked potatoes every time! 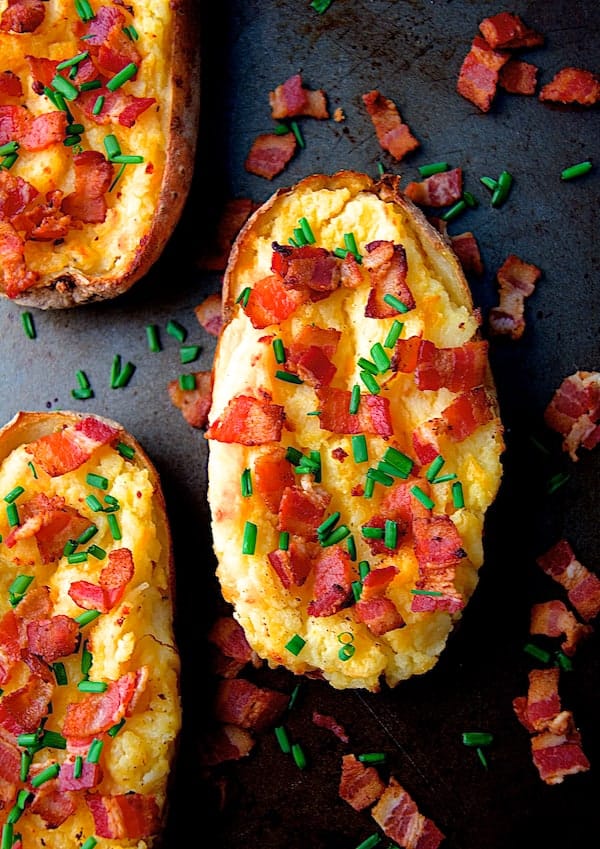 There’s only one thing better than a baked potato and that’s a twice-baked potato.

Cheddar and Bacon Twice-Baked Potatoes are an easy make-ahead side dish that delivers pure comfort.  Although the process takes a fair amount of time, it’s mostly hands-off time that will allow you to do other things while the potatoes are baking.

With the recent popularity of low-carbohydrate diets, the nutritional reputation of potatoes has taken a beating.  While it’s true they are mainly starch, they also contain high levels of vitamins C and B6, minerals such as potassium and folic acid, and because of the skin, plenty of fiber.  See?  Health food in disguise!

Okay, so that might be stretching it, but it’s a nice indulgence once in a while.  Because the potato is halved instead of stuffed whole, the portion size for this indulgence is within reason.

What are the best potatoes for twice-baked potatoes?

Russets are the best choice for baking and twice-baking because of their high starch content.  When preparing a batch, select potatoes that are similar in size and shape for a nice presentation and so they all get cooked around the same time. 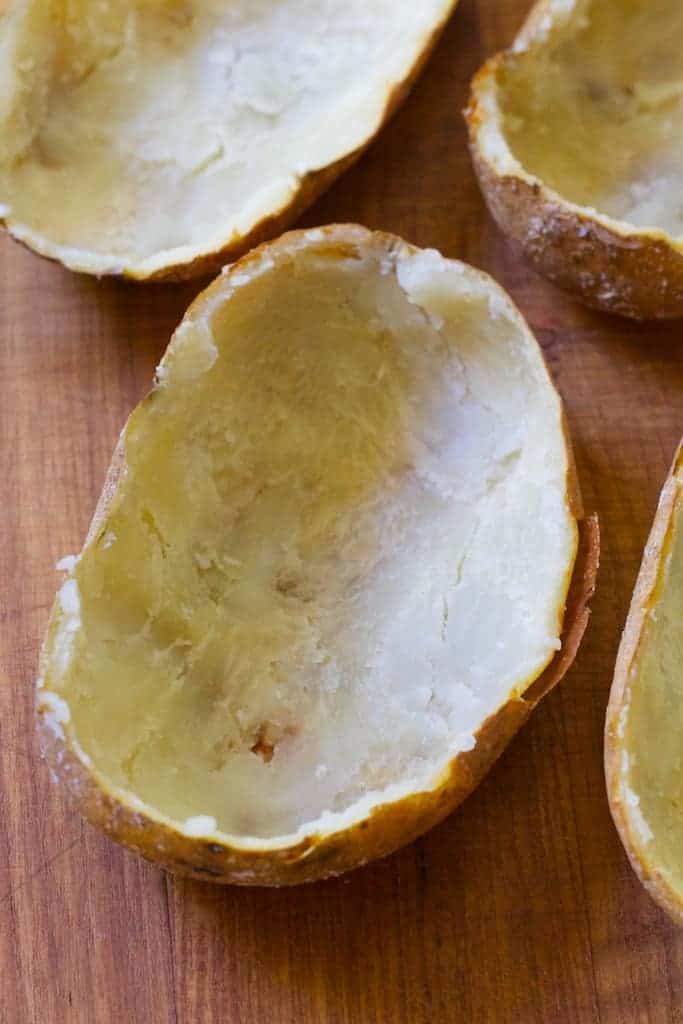 4.43 from 7 votes
By: Carol | From A Chef's Kitchen
Cheddar and Bacon Twice-Baked Potatoes are pillows of potato perfection you and your next steak will enjoy cozying up to! I share lots of tips for the perfect twice-baked potatoes every time!
PRINT RECIPE PIN RECIPE TEXT INGREDIENTS TO PHONE SAVE RECIPE Saved!
Prep Time 15 mins
Cook Time 1 hr 30 mins
Total Time 1 hr 45 mins
Course Side Dishes - Potatoes
Cuisine American
Servings 4
Calories 246 kcal

MAKE AHEAD:  May be assembled 2 days ahead of time. Refrigerate until needed.  Bake as directed until heated through. FREEZER-FRIENDLY:  Assemble and cool entirely.  Leave bacon and chives off.  Place in an airtight container and freeze for up to 1-2 months.   Thaw in the refrigerator, add the bacon then bake until heated through.  Garnish with chopped fresh chives.