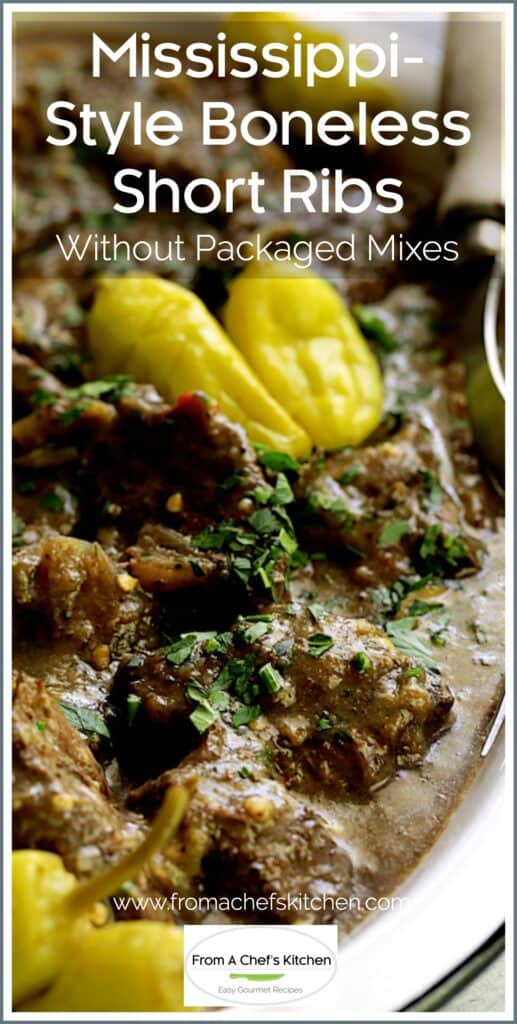 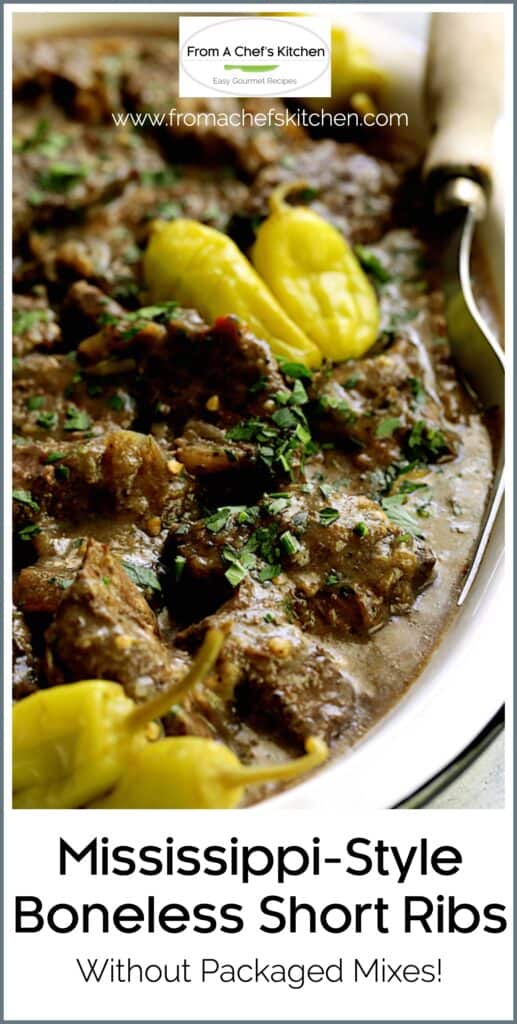 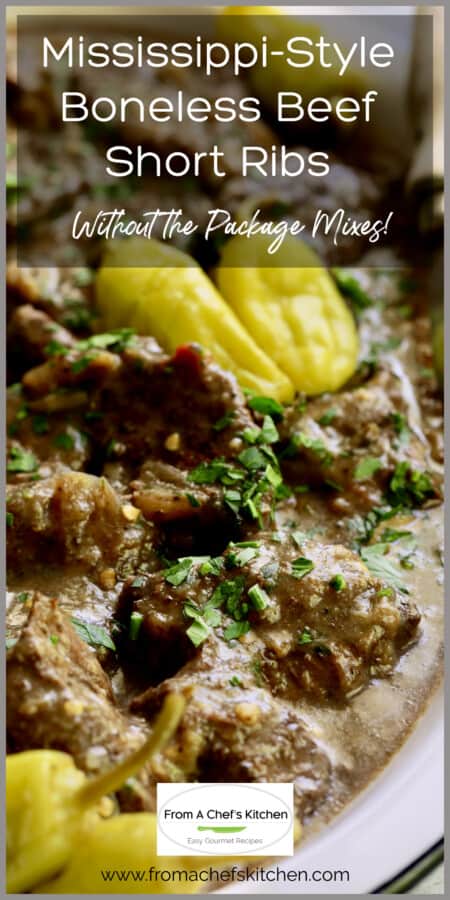 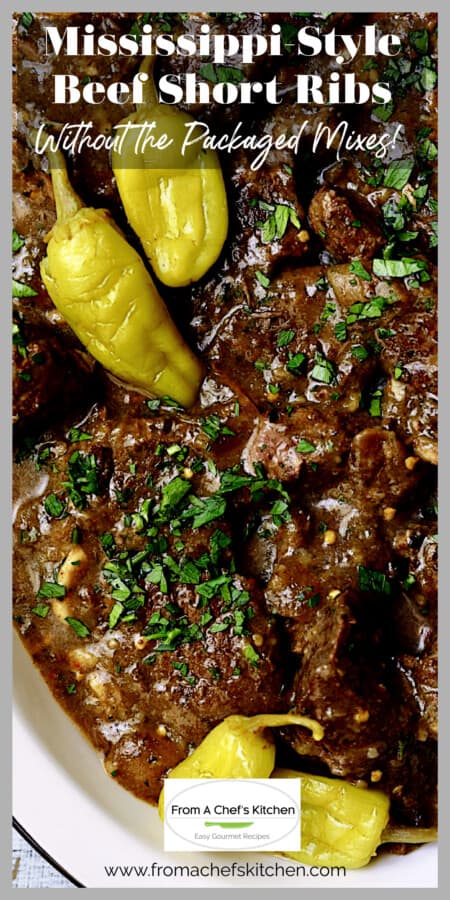 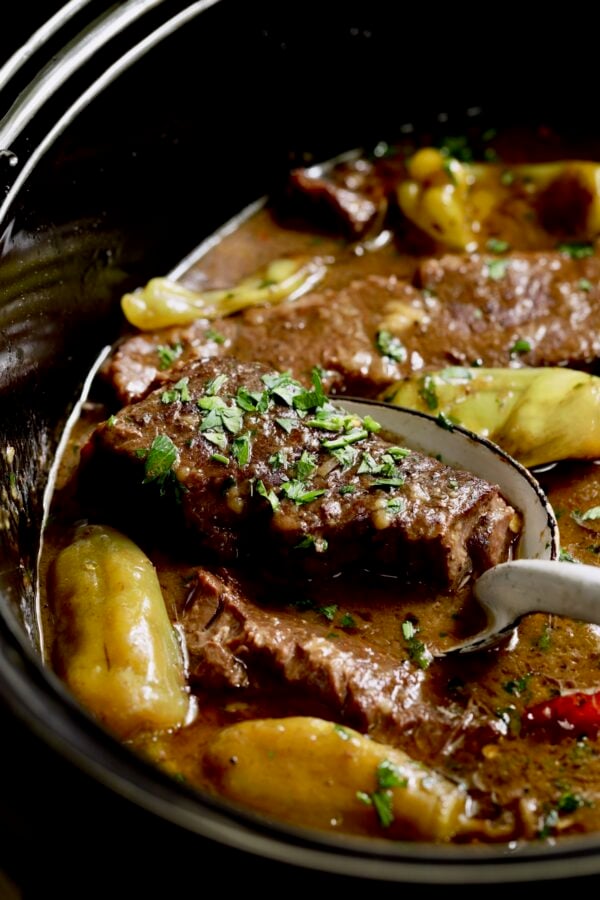 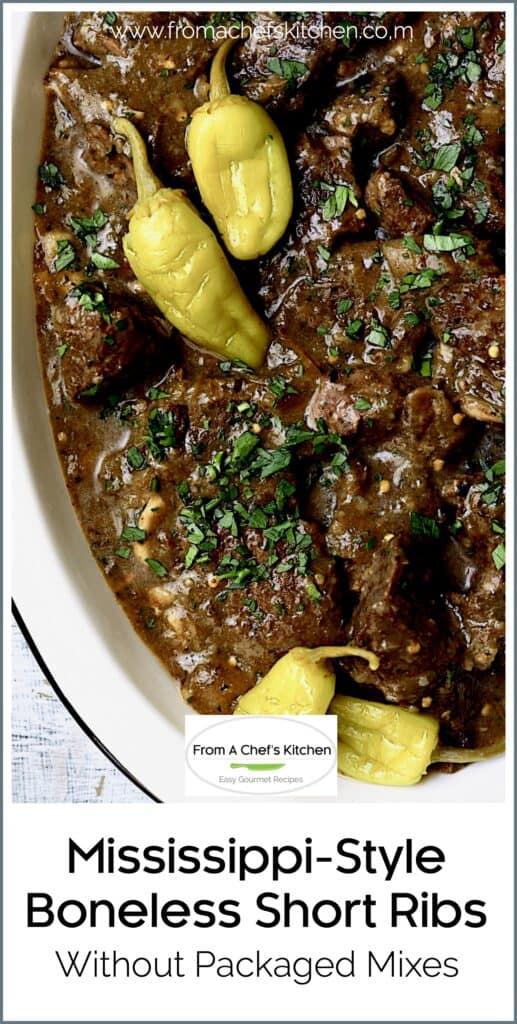 In this slow cooker version of the classic pot roast, Mississippi Boneless Short Ribs are made without processed, packaged mixes and the stick of butter.  However, they're just as flavorful and with buttery tenderness! Mashed turnips are perfect on the side!

TABLE OF CONTENTS - Find the Info You Need FAST!

It appears I have been living under a rock.

I had never heard of Mississippi (or as they say around here.... Miss-sippi) Pot Roast until a year or so ago when I saw it on another blogger's website even though for the past 25 years I have lived only three miles from the Mississippi state line.  The pepperoncini in the roast recipe I saw intrigued me because I LOVE pepperoncini and anything pickled.

What I didn't love were all the processed packaged mixes I saw in the recipe because I try to keep my usage of these items to a minimum.  The original also calls for a stick of butter!!

Then, a client of mine asked me to make it.  I made it according to the classic recipe but I found the saltiness overwhelming but they enjoyed it.  Because my clients want food that's as "clean" as possible, I came up with a less "processed" version of this classic pot roast wherein beef wasn't smothered with packaged mixes.

Here it is!  The famous Mississippi pot roast is done as Mississippi Boneless Short Ribs--Without Packaged Mixes!  And without a stick of butter!

Mississippi Pot Roast was created by a home cook from Ripley, Mississippi in the early 2000s.  She set out to recreate a chuck roast recipe her aunt made.  Her family raved about her version which led to it being published in a church cookbook.  That was followed by someone doing a blog post and the rest is history.

It then apparently caught fire all over the internet but I must have been doing other things...

How to thicken sauces in a slow cooker:

There are three ways to thicken sauces in a slow cooker:

The third (and my secret way):

Are boneless beef ribs the same as short ribs?

Yes, it's possible. Cooked to medium-rare and thinly sliced across the grain, it will have a slight chew, similar to that of a flank steak.

They will if you cook them like a steak to medium-rare then thinly since against the grain. If you braise them as in this delicious Mississippi pot roast-style recipe, they'll take about as long as beef short ribs on the bone.

Why are my boneless short ribs tough?

They most like were not cooked enough or were cooked at too high a temperature. Give them some more time--low and slow is always the way to go.

Can I make Mississippi Beef Short Ribs in an Instant Pot?

Yes, but low and slow cooking either in a slow cooker or in the oven is my preferred method for most cuts of meat. 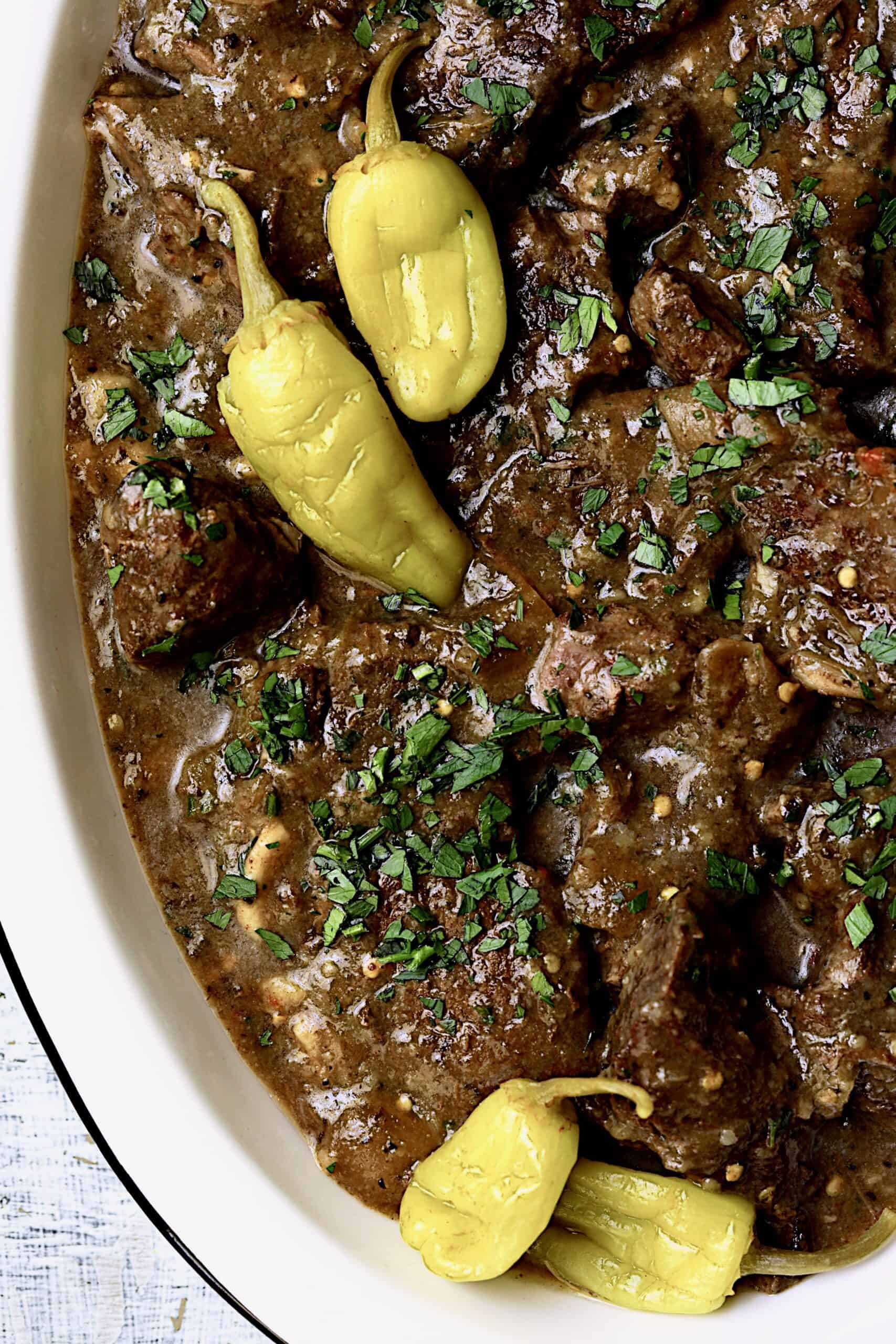 TO THICKEN WITH CORNSTARCH:   MAKE AHEAD:  Can be made 1-2 days ahead of time.  Cool and refrigerate.  Reheat in the slow cooker or in a Dutch oven in the oven at 350 degrees. FREEZER-FRIENDLY:  Cool thoroughly then portion out as desired.  Place in airtight containers and freeze 1-2 months.  Thaw in the refrigerator then reheat in the oven or toaster oven at 350 degrees.